R.D. LAING wore many robes in his career, including psychiatrist, psychoanalyst, philosopher, social critic, author, poet, and mystic, and at the peak of his fame in the 1970s he was the most widely-read psychiatrist in the world. Arguably the most controversial psychoanalyst since Freud, Laing’s meteoric rise in the 1960s was the result of his rare ability to make complex ideas accessible with such best-selling clas­sics as The Divided Self (1960), Sanity, Madness and Family (1964), The Politics of Experience (1967), Knots (1970), and many others. Laing’s impassioned plea for a more humane treatment of those in society who are most vulnerable catapulted him into the vanguard of intellectual and cultural debate about the nature of sanity and madness, and inspired a generation of psy­chology students, intellectuals, and artists to turn this disarming Scotsman into a social icon.

One of the most seminal aspects to Laing’s approach to the human condition was his exploration into the meaning of life. Laing was psychoanalyst, philosopher, and existentialist, with a no-holds critique of both the dark side of the human condition, as well as its passions and glory. Our workshop this year is to explore what it means to be happy from the broadest possible perspective, including secular, religious, and philosophical approaches to this issue over the millennia, including the Greek Hellenistic era, Buddhism, and common wisdom.

This workshop, designed for those seeking answers to the meaning of life, is a continuation of our previous Esalen workshops that focused on Laing’s take on the nature of sanity and madness, the therapeutic relationship, altered states, plus the nature of love, authenticity, and most recently, spirituality. This workshop is best suited for those who are familiar with Laing’s work and who wish to explore it further. Our three workshop leaders will be joined by other attendees and speakers (many of whom worked intimately with Laing) to assess the question of happiness at the most fundamental level. The workshop will be comprised of theoretical presentations, panel discussions, and experiential exercises to demonstrate practical aspects of Laing’s legacy. View the detailed workshop schedule.

Michael Guy Thompson, PhD, is a psychoanalyst who worked with R.D. Laing for many years. He continues to work with extreme states, and has been training therapists for more than 30 years. He has lectured all over the world and his books include The Death of Desire: An Existential Study in Sanity and Madness (2nd, revised edition) (Routledge).

Nita Gage, DSPS, trained with R.D. Laing at the Philadelphia Association from 1974 to 1980. She co-founded the NeuroImaginal Institute, directs Healer Within retreats, and is the author (with Linda Star Wolf) of Soul Whispering: The Art of Awakening Shamanic Consciousness.

Fritjof Capra, PhD, is the author of several international bestsellers, including Uncommon Wisdom, which features his extensive conversations with R. D. Laing. His latest work, co-authored by Pier Luigi Luisi, is The Systems View of Life: A Unifying Vision (Cambridge University Press). 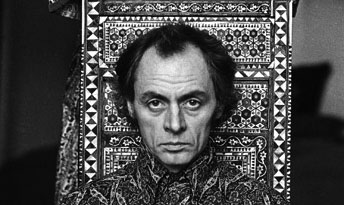 More activities can be found on our open class schedule.

Masks are no longer mandated indoors or outdoors, except during massage sessions. Guests are not required to provide testing or vaccination verification before arriving on campus. Please read our COVID safety guidelines prior to booking your stay.