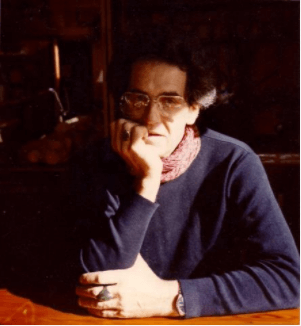 Gary Sohns aka Seymour Carter
‍
A pioneer Esalen teacher, Seymour Carter passed away on November 1st 2012 in the Ukraine. Beginning in the early Sixties, Seymour prided himself on being part of the Esalen community. He was a rebellious spirit.  Over the years he influenced thousands of lives by his teaching, his direct communication style, and fiercely independent mind.

Seymour was born in Spokane Washington. He claimed Native American ancestry. From 1950 to 1962 his major interest was the study of graphic arts. Then in 1963 he began studying the natural sciences at San Francisco State University, concentrating on Psychology, Cultural Anthropology, and Linguistics.

“Seymour” started life as Gary Sohns, named by his mother after Gary Cooper. He hated it. So he changed his name to Seymour Carter when he started art school. In a vision quest late in life he changed it again to Ojo Pojoque - Eye of the Casino.

From 1963 to 1966 Seymour participated in and was deeply influenced by the revolutionary student movement in Berkeley, and for the rest of his life he continued to be involved with political issues of individual freedom and liberty in the context of personal identity and psychological development.

He initially came to Esalen Insitute in 1964.  By mid-1966, Seymour had moved permanently to Esalen in Big Sur, and began to study with luminaries of the Human Potential Movement including Charlotte Selver, Fritz Perls, Gregory Bateson, and Virginia Satir. He became personal friends with John Heider and Esalen co-founder Dick Price.

Seymour was one of the leaders of the Esalen Residential program. He was fluent in German, so he moved to Europe in the 1970s. When he returned in the 1980s he lived and worked at Esalen, serving as director of the Work-Study program, and a member of the Esalen Facilitators Group.

In 2012 he began offering Gestalt workshops in Russia at the Moscow Gestalt Institute.

As Esalen moved into its sixth decade, Carter, with revolutionary spirit, challenged the institute to maintain its founding values. His legacy teaches us all to be mindful, to be present, and to carry on the fierce championing of the importance of the body with the mind of a divergent thinker, and sometimes with an independent and contrarian voice.