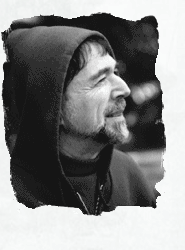 Julian Silverman was one of Esalen’s brightest and most prolific spirits. In 1965 he came to us as a rising star at the National Institutes of Mental Health, having authored (at 32) more than fifty papers on subjects ranging from perceptual style to altered states to schizophrenia and shamanism.

In the first years of his involvement with Esalen, he and Richard Price conceived a landmark study of new approaches to the treatment of schizophrenia, which began in 1968 at the Agnews State Hospital in California.

Julian was chief on-site researcher for the project, where he also conducted a study of Rolfing that stands today as one of the finest pieces of research ever conducted on a somatic discipline. Julian was one of the most visionary and wide-ranging research psychologists of the twentieth century.

But Julian was too adventurous to limit himself to research. For several years in the 1970s, against the loving advice of certain friends, he was Esalen’s general manager in Big Sur, where he was, as he put it, "part administrator, part Toots Shor, and part Wyatt Earp."

Partly because of this experience, perhaps, he increasingly joined the perspectives of his psychological studies with spiritual practices of various kinds. He eventually became an inspired and beloved teacher, not only at Esalen but at colleges and seminar centers across the United States.

Julian also had an extraordinary gift for laughter. If in the mood, he could, through street humor and sophisticated wit, reveal the wild incongruities of psychological issues, metaphysical speculations, or human behavior in general.

I remember sitting in the dark one night outside one of his seminars at the Big House laughing for an hour at one of his riffs. In the laughs he brought us there was the sense that most human problems are not far from comedy.

And he was resilient. That’s why he could act as Esalen’s general manager during the institute’s tumultuous 1970s. He was too generous, forgiving, and full of fun to hold onto differences of policy or opinion.

He and Dick Price were like brothers, but I felt I was part of his family too. He was a blessing to Esalen. All of us miss him greatly.

The Samantha Silverman Scholarship Trust has been formed for those who would like to honor Julian’s memory in a practical way. Contributions may be sent to Mark Beaufait, 816 Second Avenue, Seattle, WA 98104.

Back to Memorial Tributes