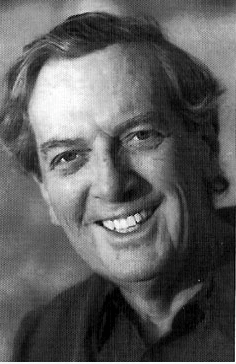 Frank Barron, the internationally known UC Berkeley scholar, psychologist, and beloved Esalen teacher, whose work exploring the creative mind influenced a generation of researchers, has died. But for all of us who knew and loved him here at Esalen, his legend and spirit will live on.

As an emeritus professor at UC Santa Cruz, Frank shone as a scholar who blended the scientific study of personality with the more subtle and thus less readily quantifiable insights of philosophy, religion, spirituality, and the arts.

It was this unique ability to see connections between what others might see as diverse subjects, thus creating new integral fields of exploration, that made him a force and a leader in psychology and at Esalen.

His intensive studies of highly creative people during the 1950s and 1960s at the Institute for Personality Assessment and Research (IPAR) at UC Berkeley made him famous.

In these studies, highly creative thinkers in numerous fields including architects, research scientists, mathematicians, and such writers as Norman Mailer, Truman Capote, and Jessamyn West, all ranked by their peers for originality, were brought to IPAR for several days of rigorous interviews and comprehensive psychological testing.

Frank once described the highly creative person as “both more primitive and more cultivated, more destructive, a lot madder and a lot saner than the average person.”

In their studies, he and his colleagues found that the most highly creative participants appeared highly neurotic on personality tests but also showed high levels of ego-strength that allowed them to direct their pathology into their work. They also tended to resist conformity and proved to be more willing than others to take risks.

Frank believed that important creative advances require a high endurance of disorder and a predilection for complexity, working in concert with the ability to distill order from chaos.

Many of us who knew and loved him acknowledge that his personal style reflected many of these qualities. One of his friends from IPAR described Frank as someone who “worked in a way that might seem, if you hadn’t followed it for very long, to be casual and without focus.

But after a few years, it became clear (to me) that there was an inner compass that guided him, and continued to guide him for all of his life.”

He once said in a discussion about his work: “Creativity requires taking what [Albert] Einstein called ‘a leap into the unknown.’ This can mean putting your beliefs, reputation, and resources on the line as you suffer the slings and arrows of ridicule.”

Two of his books, Creativity and Psychological Health (1963) and Creativity and Personal Freedom (1968), are considered classics in the field, and the Barron Ego-Strength Scale and several other personality tests he designed are still in wide use. Frank’s work helped point psychology toward improving psychological health and personal vitality, as well as toward treating mental illness.

He earned the American Psychological Association’s Richardson Creativity Award in 1969 and its Rudolf Arnheim Award for outstanding contribution to psychology and the arts in 1995.

Frank also enjoyed writing poetry and a book of his poems, Ghosts, will be published this year.

I recently learned that in the last days of his life, Frank began planning a book about attitudes toward death. One chapter, his daughter Brigid said, was about “how hard it is to live when you’re dying.” During his last days, which he spent in a Santa Cruz hospital, he kept saying with awe and wonder, as if seeing something those around him did not, “Amazing! Amazing! Amazing!”

Frank was a giant and we were lucky to have had him at the bosom of our Esalen community. He will be sorely missed.