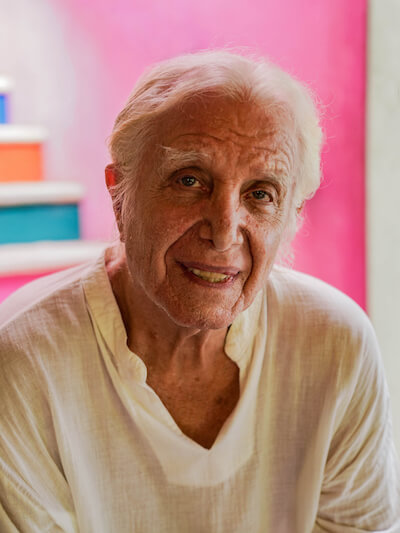 Bobby Klein’s decade-spanning career places him in a most unique position, and one that sets him apart from the rest. He has studied with Buddhist Monks and indigenous leaders around the world. He has lived among Native American Tribes in Arizona and studied the ancient Mayan culture with shaman leaders in The Yucatan Peninsula. He is a trained Jungian Analyst and has crisscrossed the world living and studying with shamans, teachers, and healers.

In the late 1960’s he was a rock ’n’ roll photographer for various bands and celebrities. From there he would go on to co-own and operate first organic restaurant in Los Angeles with his then-business partner, Jack Nicholson. While the restaurant cemented Klein as a pioneer in the natural food movement, it also demonstrated his deep insight and intuition.

At the height of his entrepreneurial success, Klein was confronted with a health crisis. When western medicine proved to be ineffective a colleague, he was led to a Chinese Master acupuncturist, who would cure his affliction and thereafter become his teacher. Klein became one of the first Westerners to practice acupuncture in L.A.

Today he has a private practice as a psycho/spiritual practitioner and teaches around the world. He is the translator and author of The New Earth I Ching and The Empresses Secret.

Bobby Klein is a psycho/spiritual therapist, podcast host, photographer, acupuncturist, Jungian psychoanalyst, and translator and author of The New Earth I Ching. He uses his unique, proprietary techniques in his private practice and group lectures to empower and enlighten individuals by awakening them to the sage within.